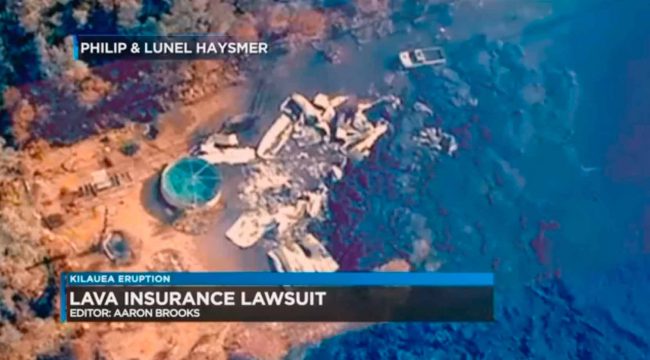 PUNA, BIG ISLAND (HawaiiNewsNow) – A Big Island couple has sued their insurer for failing to pay for lava damage to their Leilani Estates home.

Their lawyer said it’s the first of several lawsuits to be filed against the same company.

“Here were are, July 25, they have no money, they have no answers, they have nothing but a lot of delays,” attorney Jeffrey Foster said, in a conference call. “What these folks have been through is despicable and frankly reprehensible.”