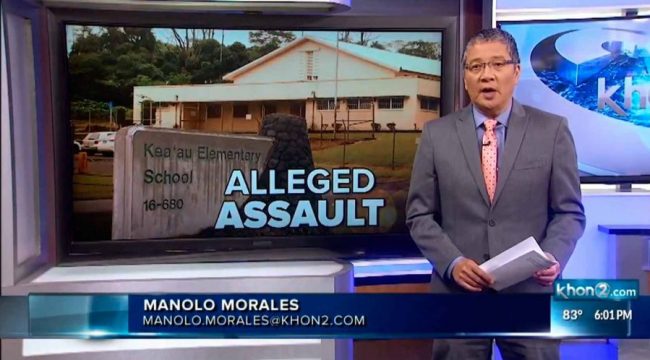 HONOLULU (KHON2) – A special education teacher on the Big Island has been arrested for allegedly assaulting one of his students.

The boy’s family says the teacher choked him and threw him against a fence, while an aide assigned to the child did nothing to stop it.

The boy’s mother says the fifth-grader has been traumatized. And he hasn’t been able to go back to school since it happened last week Monday.

“I have all these bruises all around my neck,” said 12-year-old Dashay Souza Nascimento.

His family says he was on a field trip with other special education students at Keaau Elementary School when he started acting up and threw a rock at his teacher. A witness who called the police told Dashay’s mother what happened next.